Jabbar Washington looks on as his lawyer Ron Kuby talks to the media in the hallway at the New York State Supreme Courthouse at 320 Jay Street in downtown Brooklyn on July 12, 2017 in New York City, USA.

The Brooklyn DA’s Conviction Review Unit overturned Washington's 1997 murder conviction. Washington was accused of bursting into a Brownsville crackden to steal $1,500 and fatally shooting someone. He was locked up, in part, due to misleading testimony from embattled former NYPD detective Louis Scarcella. 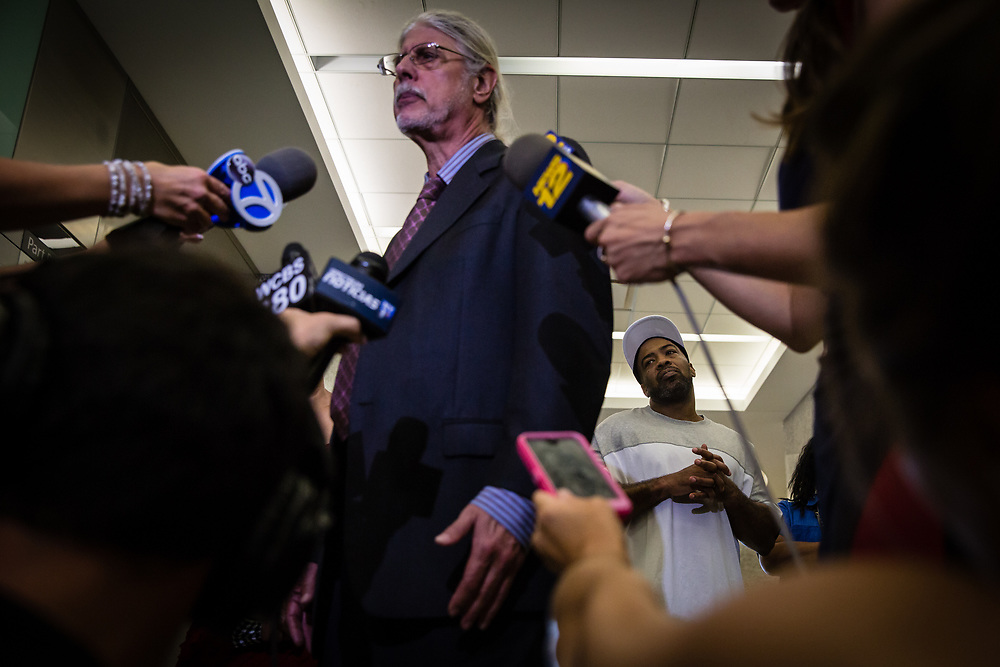