Sasha Raven Gross, 11 likes to draw while sitting in the corner of her living room in Boerum Hill, Brooklyn on Saturday, January 11, 2020 in New York City, USA.

Gross describes her generation in just three words: “Phone and screen absorbed,” she says. She doesn’t use the social-media platforms so popular with her peers — “I don’t have TikTok or Instagram,” she laughs. “TikTok is just weird” — but she does identify with Gen-Z’s frustration.

“One thing we all have in common is we don’t feel heard,” she says. “It’s like when you’re a little kid and you’re at a party and you’re trying to get people’s attention but nobody is listening to you and you’re like, ‘Pay attention! I’m trying to speak here!’ ”

Gross feels like she has a lot to say. Kids in her class have been talking about the situation in Iran “and saying things like, ‘It’s going to be World War Three.’ ” She describes herself as “actually kind of scared.” She gets particularly nervous when she hears about the immigration crisis. “It makes me scared for my mother,” she says, an immigrant from Taiwan. “I don’t know if she’d be allowed in if she was coming to this country today.”

She finds solace in books. Gross is a voracious reader, a fan of novels like “The Hate U Give” and “To All the Boys I’ve Loved Before,” and she has a special place in her heart for the Harry Potter series. She prefers physical books, or as she calls them, “old-timey books.” With e-readers like Kindle, it’s too easy to lose focus, she says, “and it’s more satisfying to turn paper pages.”

In general, she’s not all that interested in the digital world. The Internet is just something she has to use for homework. “The only time I go online is to look up something for school,” she says. 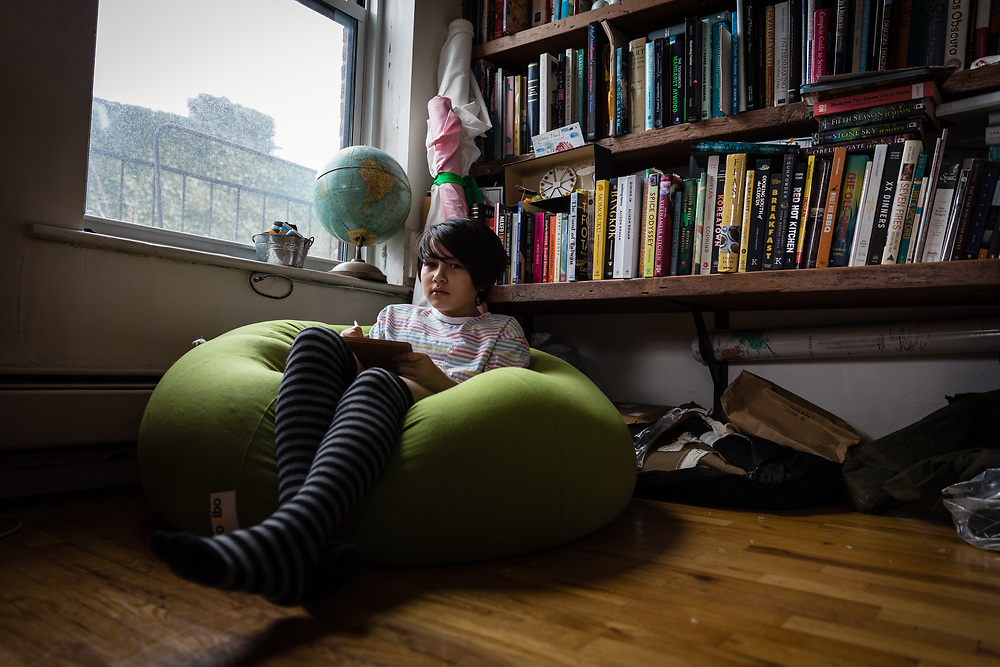