Avie Acosta in his living room/kitchen area at at his apartment above Forlini's Restaurant in Chinatown, Manhattan on Monday, January 13, 2020 in New York City, USA.

In many ways, Acosta has a familiar story. A kid with big dreams and a cloistering family moves from a small town in Middle America — in her case, Edmond, Oklahoma — to the big city and reinvents herself. But Acosta’s journey is a little different. Born male, she first began transitioning in her teens. Feeling unsupported by her family, she moved to New York at 19, and after going on and off hormone treatments, she now identifies as gender nonconforming.

She came to New York with modeling ambitions — she booked her first fashion shows from Instagram, using photos taken “by my little brother in our family’s living room” — and has already worked for designers like Marc Jacobs, Moschino, and Random Identities, becoming the first transgender model to sign with talent management company IMG.

During her late teens, Acosta liked to describe herself as “unoffendable,” which was more wishful thinking than reality. “I was secretly so sensitive,” she says. But she’s finally reached a place where gender politics feels kind of meaningless.
“When people ask what my pronouns are, my response is either ‘I don’t care’ or for the sake of simplicity I might tell them ‘they, them.’ But I’m not going to be one of those people who gets bent out of shape if someone uses the wrong words around me. That’s just silly. It genuinely does not matter.”
She rarely socializes with her peers, preferring the company of Gen-Xers or older. “I don’t feel particularly connected to my generation,” Acosta says. “I’m not sure how I would define us. Maybe not a satisfying response, but that’s my truth at this moment.” 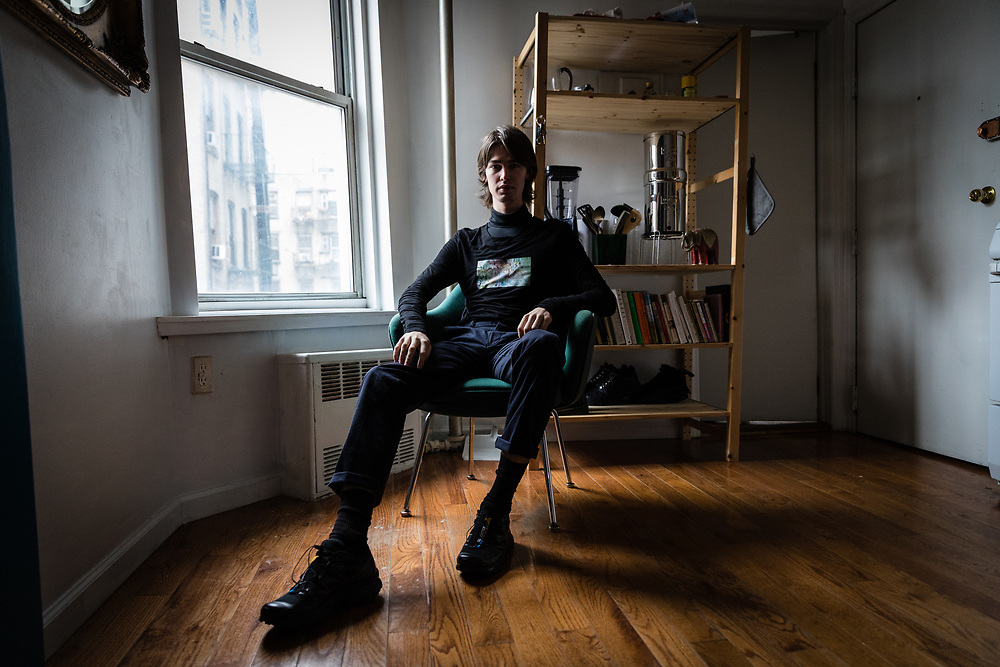